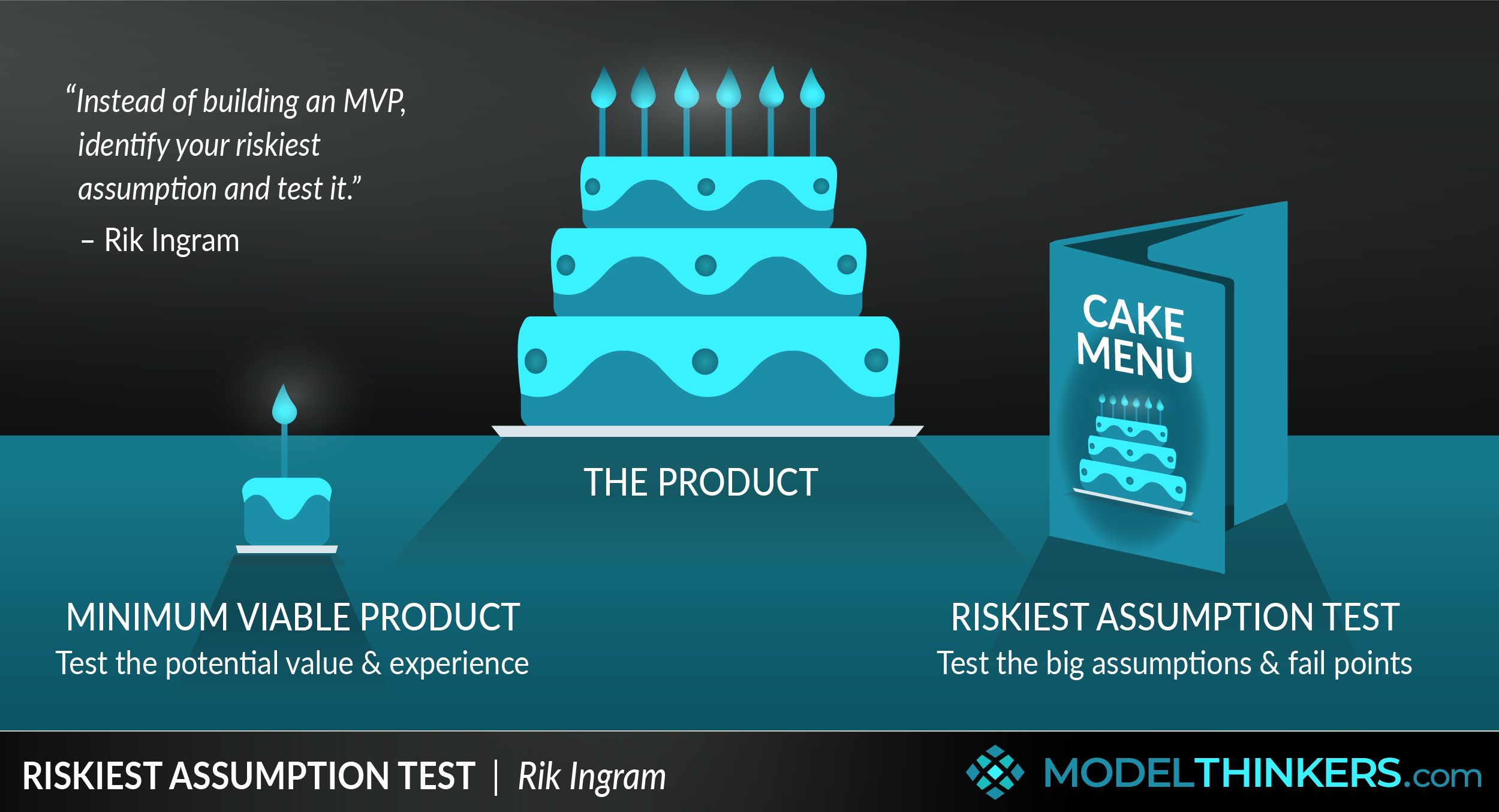 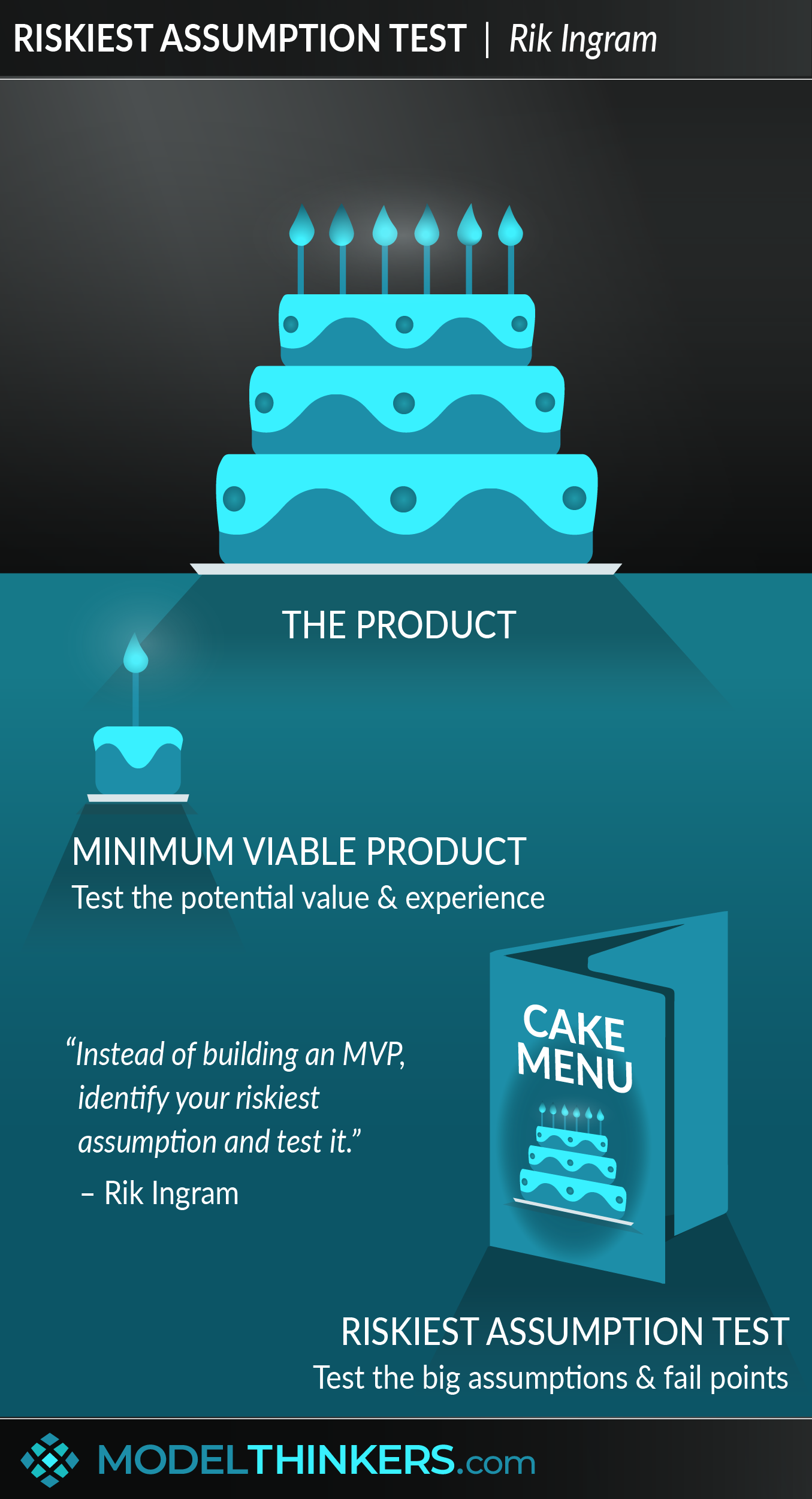 Before you launch that product, build that thing, or invest in that idea, you need to think ‘RAT’.

A Riskiest Assumption Test (RAT) involves rapidly identifying and testing the riskiest assumptions and potential fail points for any initiative early in the process.

While a Minimum Viable Product (MVP) focuses on building meaningful value at minimal cost, a RAT focuses on testing the biggest assumptions behind your initiative. Sure, the MVP is also about testing an idea, but it tends to focus on previewing strengths and building on success, while the RAT is all about testing weaknesses upfront.

RAT can be further understood in relation to Eric Reis’ popular Lean Startup approach that puts MVP at its core and suggests a ‘build–measure-learn’ cycle to test a product hypothesis. RAT flips this process with rapid ‘learn-test’ cycles before building. As a result, while an MVP is generally delivered as a product that can be iterated, a RAT will often take the form of targeted experiments such as a landing page, survey, or narrow prototype, rather than anything resembling the product itself.

So how do you unearth your big assumptions for your RAT? Definitely start with First Principle Thinking and Inversion, and consider how you might test the most relevant of the following questions:

RAT was originally put forward by Rik Ingram as an alternative to MVP. Ingram argued, “Instead of building an MVP, identify your riskiest assumption and test it. Replacing your MVP with a RAT will save you a lot of pain.”

In our view, both are legitimate and even potentially complementary approaches. Use them at different stages of development, or combine them by incorporating assumption testing as part of an MVP.

We’ve explored the contrast between Minimum Viable Product  and Riskiest Assumption Test, and you might want to take this further by finding out more about the Lean Startup.

First Principle Thinking and Occam’s Razor are important complementary models to RAT as they both help to surface assumptions and cut to the core of a hypothesis. In addition, we see huge potential in combining RAT with Inversion, specifically the use of pre-mortems and asking ‘how will this fail’ at the beginning of projects. You can also repurpose the RICE Score and/or Risk Matrix to assess the level of concern for various assumptions to identify the 'big' ones.

The learning approach at the core of a RAT leads to connections with Return on Failure and even the Scientific Method. In terms of implementing a RAT, you might also want to consider Prototypes and Split Testing.

Use First Principle Thinking, Occam’s Razor and especially Inversion to uncover the assumptions and potential fail points behind an initiative, product, or startup. This process will typically involve brainstorming and discussing assumptions, before rating their potential impact to identify the ones that should be tested. You might consider using a repurposed RICE Score to do this.

Establish a clear hypothesis, including what you would see if it was successful/ unsuccessful. Stating this in clear, measurable terms up front is crucial to establishing whether a hypothesis is falsified or validated.

Conduct the experiment in the most rapid, cost-effective way possible. This might incorporate a range of Prototyping techniques.

Explore More
Riskiest Assumption Test is featured in these playbooks: 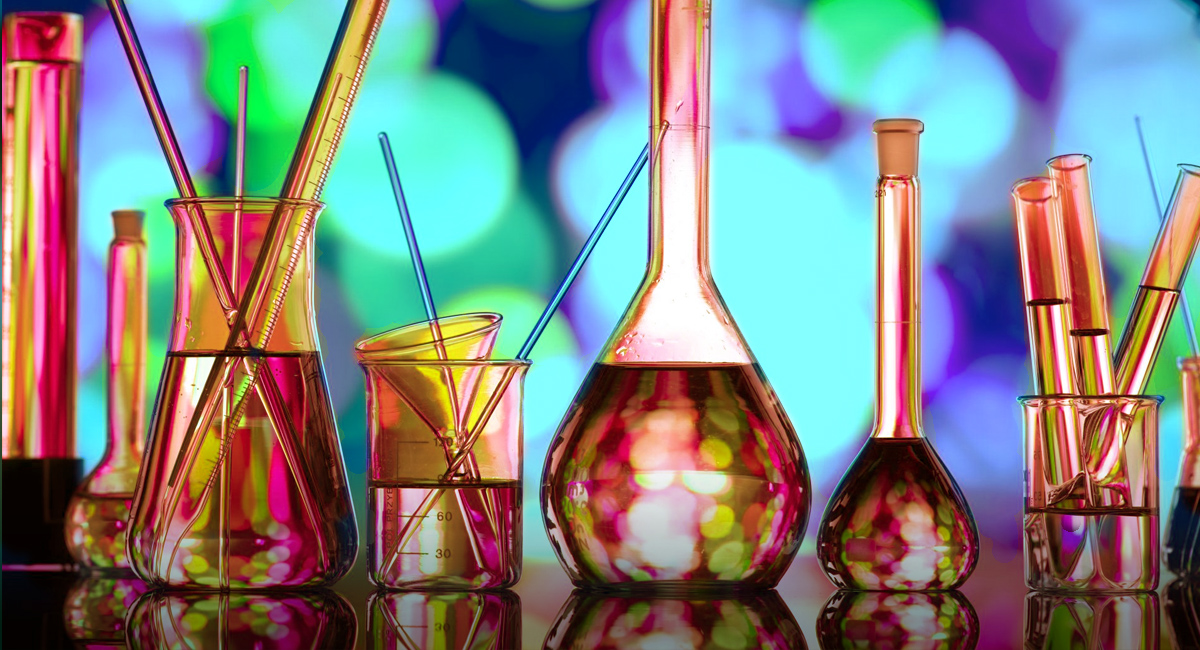 The main obvious criticism of a RAT is that it attempts to test an assumption in isolation of the bigger picture or value. That is, by definition, it targets a specific perceived weak point, rather than contextualising that weak point in the broader product value. The process of isolating and testing a big assumption will often pay off but, given the likely complexities of such products and initiatives, discounting the broader experience might distort results.

If this is a concern, it might lead you to combine the RAT approach with MVPs.

Joel Gascoigne had the idea for social media management app Buffer but decided to take what is largely considered as a MVP approach, though could more accurately be described as RAT, before over-investing. His initial concept included an app that would run multiple Twitter clients and schedule posts.

Gascoigne’s first step was to create a landing page that described what Buffer did before he built it – testing the big assumption that his product idea would solve a problem for an audience. When people clicked on pricing, they’d find an explanation that they weren’t quite ready yet and a call to action to sign up to know when they launched.

From there he slowly built up — moving to specific pricing options to see what people chose. He timeboxed his development to launch a very basic MVP — even more so than he originally intended because of the deadline he’d set himself.

This provided considerable feedback loops and an ongoing customer engagement approach to developing a product roadmap. Read an extended idea of this story on Gascoigne’s blog here.

The founders of Airbnb also sought to test their big assumption — that people would pay to stay in other people’s houses. They created a website called airbedandbreakfast.com in 2008, before they had anything else built or done to test their hypothesis.

One might argue that a process of crowdfunding before creating a product serves as a key RAT in the area of ‘audience x will pay for y to solve z’. You are asking people to put money forward on the promise of solving a problem for them in the future.

While the concept had been kicking around for some time, we believe that Rik Ingram was the first to formally define and discuss the Riskiest Assumption Test, and he did so in direct contrast to MVP in a 2016 article entitled ‘The MVP is dead. Long live RAT.’

Ingram has created a wonderful free resource about A/B Testing and rapid experimentation here, and can be found on Twitter here.