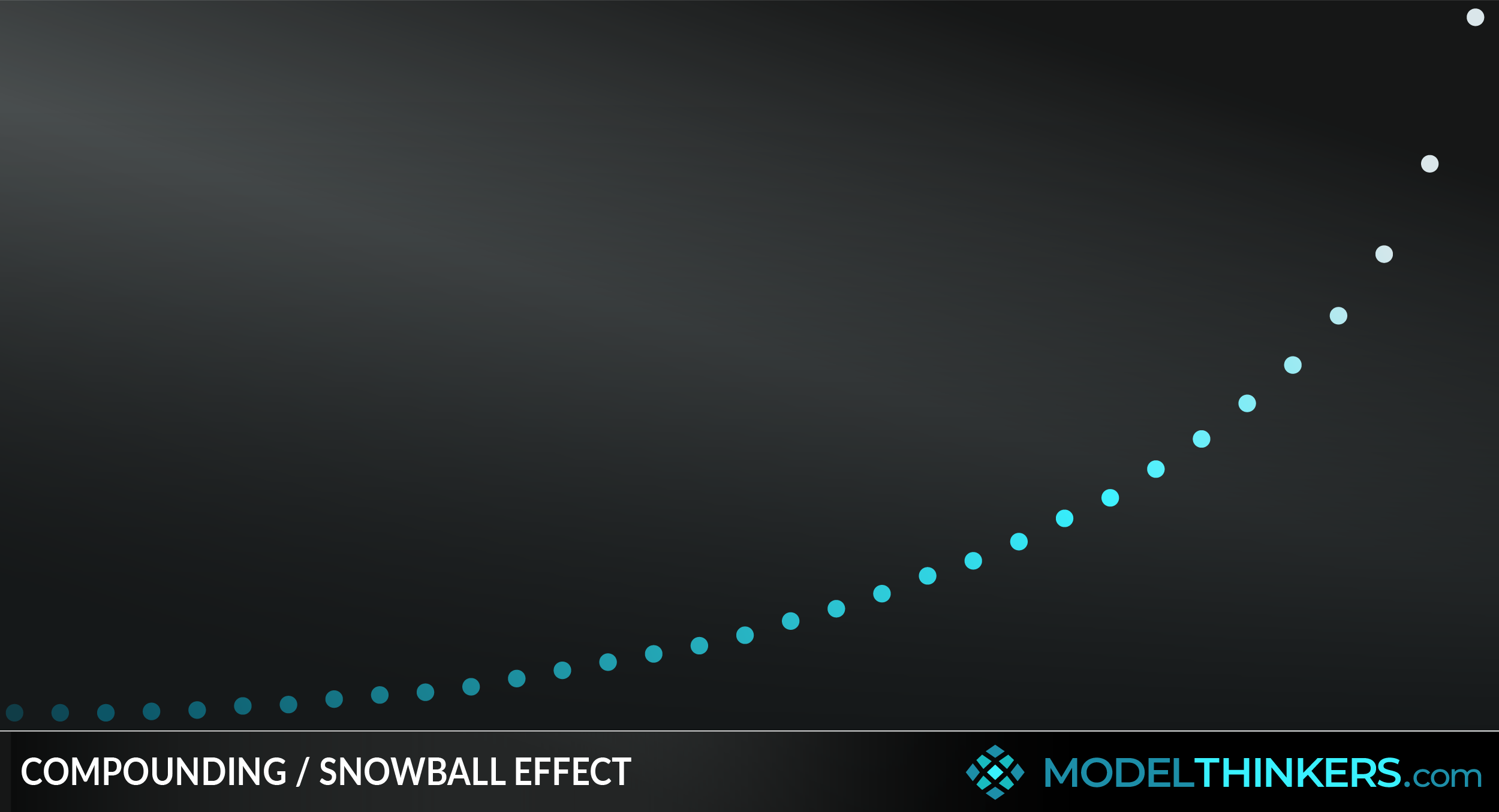 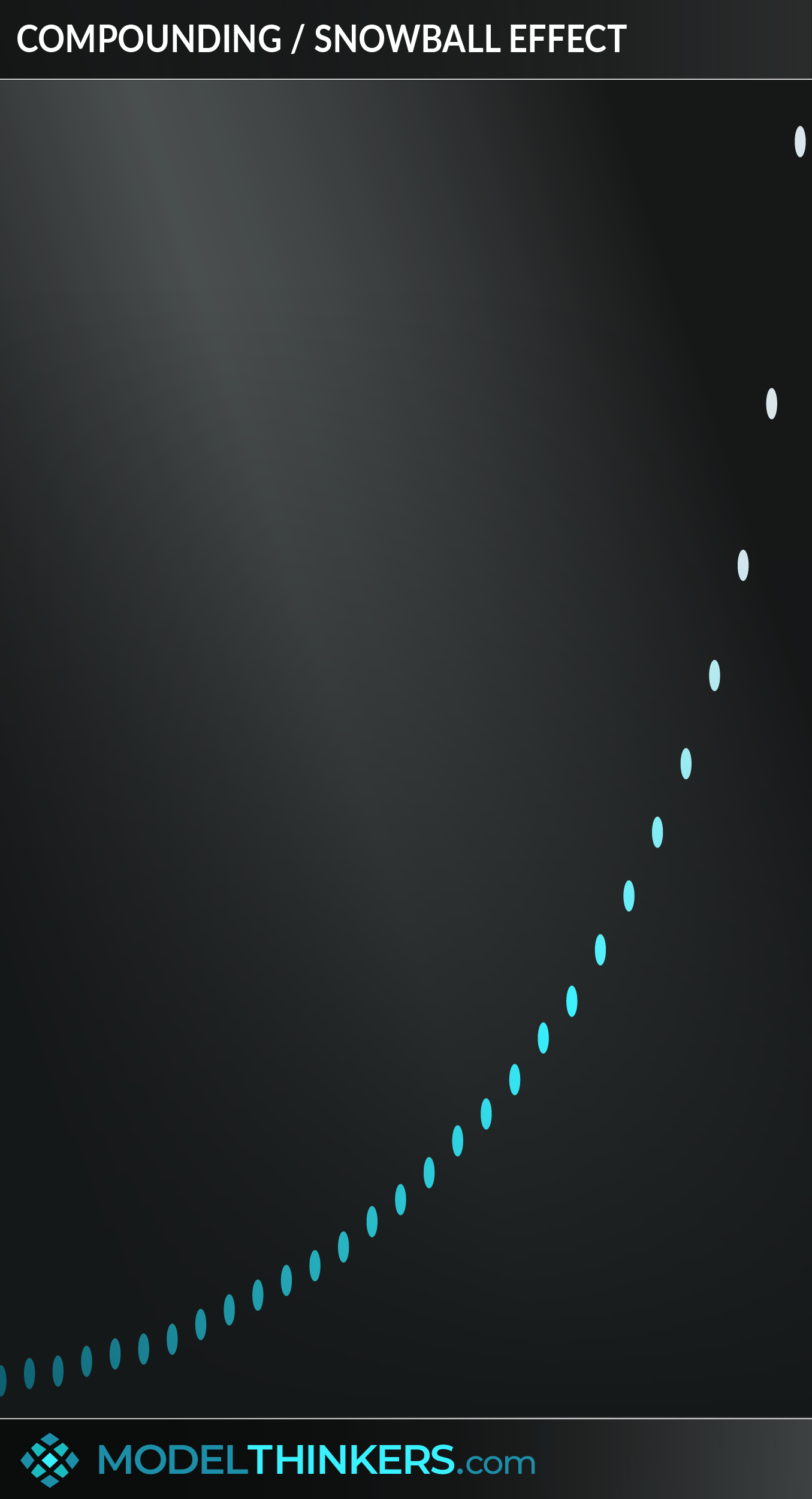 Often referred to as ‘the miracle of compounding’ and dubbed ‘the eighth wonder of the world’ by Albert Einstein, Compounding was born in finances and is applicable to countless domains and contexts.

THE ART OF MARGINAL GAINS.

Importantly, consistent marginal gains will not create Compounding automatically. In a financial context, repeatedly paying interest on an original fixed sum will only return linear growth. By contrast, Compounding is realised through paying 'interest on interest'. In other words, to access the exponential aspect of Compounding, it's essential that each small gain is absorbed and becomes part of the new base from which the next small improvement is made.

We live in a culture that often seeks the quick high profile fix or overnight radical transformation. Rather than change through a single disruptive action, Compounding is a reminder that small investments or changes can lead to transformational results.

Want to become more fit, more healthy, more wealthy, or learn a new skill? It's tempting to make a grand pronouncement and throw yourself into big intense action. Before you do, reframe time as your ally rather than your enemy as you remember Compounding. James Clear made the point well when he observed that improving something by 1% every day will leave you 37 times better than your starting point by the end of the year.

Embracing Compounding involves finding the ways to go slow, be consistent, and consolidate each step as your new starting point before you take your next small step forward.

This model works well with the Habit Loop and Systems vs Goals, in terms of establishing a daily routine for greater impact over time. It also relates closely to the Domino Effect, where initial actions can create flow and momentum; as well as Critical Mass, in terms of reaching a key point of accelerated change. Finally, from a learning perspective, Compounding might be a contributing factor to the evidence-based power of Spaced Retrieval.

It's easy to think that you're too late or haven't done enough in the past. Instead, look forward and consider what seeds you'll plant for the future to take advantage of Compounding. It might be an investment, a commitment to a new small habit, or anything. Keep it small and focus on sustainable, consistent growth.

Avoid simple interest when there are compound interest opportunities available. Commit to them for the long term to maximise the exponential nature of their returns.

Whether it relates to fitness, work or eating habits, consider the impact of committing to a 1% improvement every day. Such a commitment will compound, creating exponential improvement if maintained over time. You will tend to undervalue such incremental and consistent improvements, yet it remains a powerful option.

Consider which actions have the potential to gather their own momentum and grow exponentially. This might include building up knowledge consistently, improving fitness or making improvements to processes.

Consolidate as you grow.

Remember that Compounding relies on paying 'interest on interest'. In a non-financial context, that means building on each gain and consolidating it so that becomes your new starting point. It's about committing to cycles of small steps forward with time to consolidate and grow.

Explore More
Compounding (Snowball Effect) is featured in these playbooks: 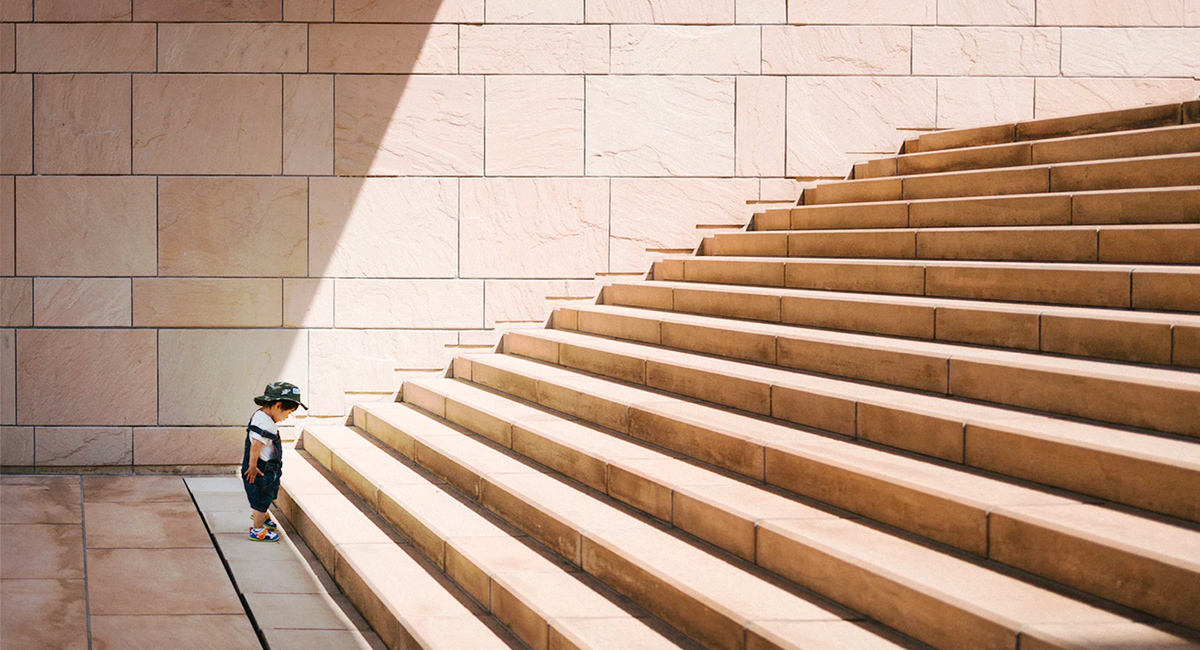 5 Versatile Models to Get Started 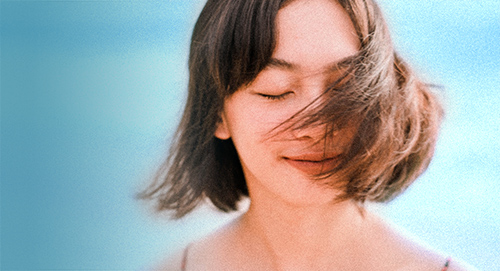 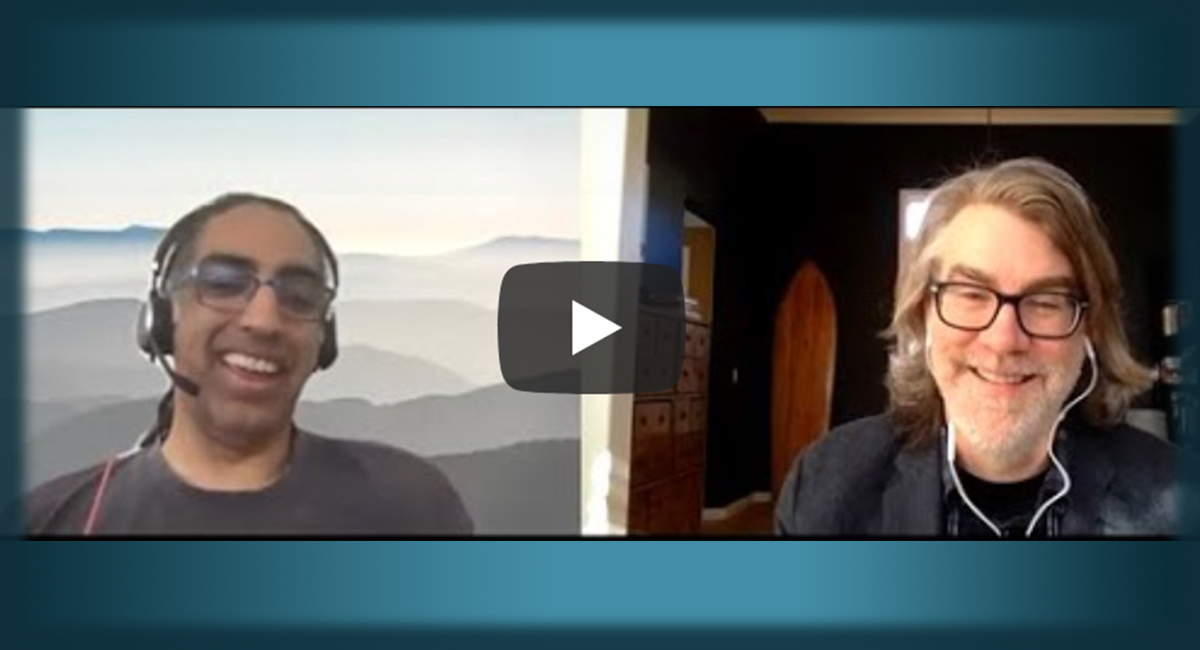 A quick intro to Mental Models. 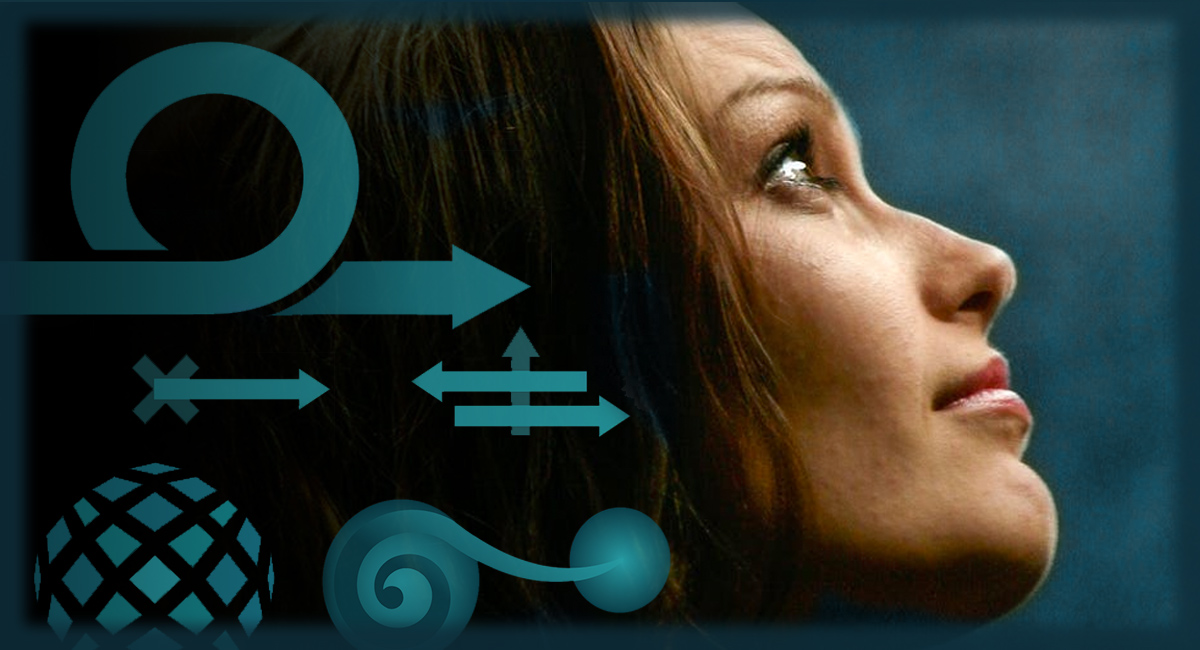 One Powerful Idea Each Week.

Not so much a limitation of the model, more a reminder that, in an investment context, compounding can be used for negative or positive impact. Interest is obviously beneficial to the investor or creditor but unfavourable for borrowers. Most large loans use simple interest formulas while credit cards tend to use compound interest and present a dangerous option.

More broadly, Carl Sagan pointed out the limits of compounding in relation to bacteria growth. He explained that although such bacteria experienced exponential growth, that “exponential growth never can go on very long in a finite space with finite resources.”

The rice and the chessboard.

This famous mathematical problem often takes the form of a mythical story that describes a king of India who was a chess enthusiast. The king challenged a traveling sage to a game, offering to reward the sage if he won. To the king’s surprise the sage requested rice as a prize.

Specifically, if he won, the sage requested that the king put a single grain of rice on the first chess square and then double it on every subsequent square. The king accepted and soon lost the game and the wager.

The calculation of the payment began with one piece of rice on the first square, two on the next, then four, then eight and so on. However, based on exponential growth, by the end of the board, the king owed over eighteen quintillion pieces of rice — about 2,000 times the annual world production. The story tells that the now very wealthy sage was paid in instalments over the rest of his life.

As the CEO of GE, Jeffrey Immelt ran a ‘1% Better’ mandate. This focus led to identifying micro-improvements in efficiency. He argued that by consistently applying this 1% increase GE would boost productivity in the US and, over a period of 20 years, could raise the national income of the company by 30%.

Compounding is a powerful and often underestimated effect that relates to any form of consistent growth.

Use the following examples of connected and complementary models to weave compounding into your broader latticework of mental models. Alternatively, discover your own connections by exploring the category list above.

This mental model is also known as interest on interest or the snowball effect.

Compounding is an ancient concept, with the use of compounding on debt condemned in ancient civilisations such as Rome. Richard Witt’s 1613 book Arithmetical Questions is cited as the first deep explanation of compounding, though it had been covered in other texts more briefly before that.

Use this online compound interest calculator to find out how much money you can get from initial investment considering multiple factors like contributions and interest rates.